We are born once... and there will be no second birth.

For those looking for a reality-based framework for how to live, this philosophy is made for you. Epicureanism is designed to make us less anxious, more confident and self-sufficient – but most importantly, happier. Epicureanism is rational and surprisingly modern, and just as relevant today as ever.

When I began to study Epicureanism, I found thick philosophical treatises, angry polemics and emphatically stated positions that didn’t really make sense to me. So it’s fair to say that I was frankly confused.

But what I found is that the philosophy is actually quite simple – it’s not a list of things to do, it’s a way of thinking. And importantly, for the first time in a lifetime of searching I feel confident in my conclusions.

This is why I built Epic Swerve: to present a clear, straightforward overview of modern epicureanism.

So what is the definition of epicureanism? How can you be an epicurean? Read on to find out, or click any of the links below to jump to a specific section of interest.

Get your free beginner's guide

A simple, clear overview of Epicureanism, basic practices you can begin today and suggestions for further reading.

What is the definition of Epicureanism?

How did Epicureanism start?

A brief history of Epicureanism

A simple outline of Epicureanism

What is the purpose or goal of Epicureanism?

What are the outcomes of Epicureanism?

How do we know about Epicureanism?

What are the best books on Epicureanism?

What are the best quotations related to Epicureanism?

What is modern Epicureanism?

What is the definition of Epicureanism? 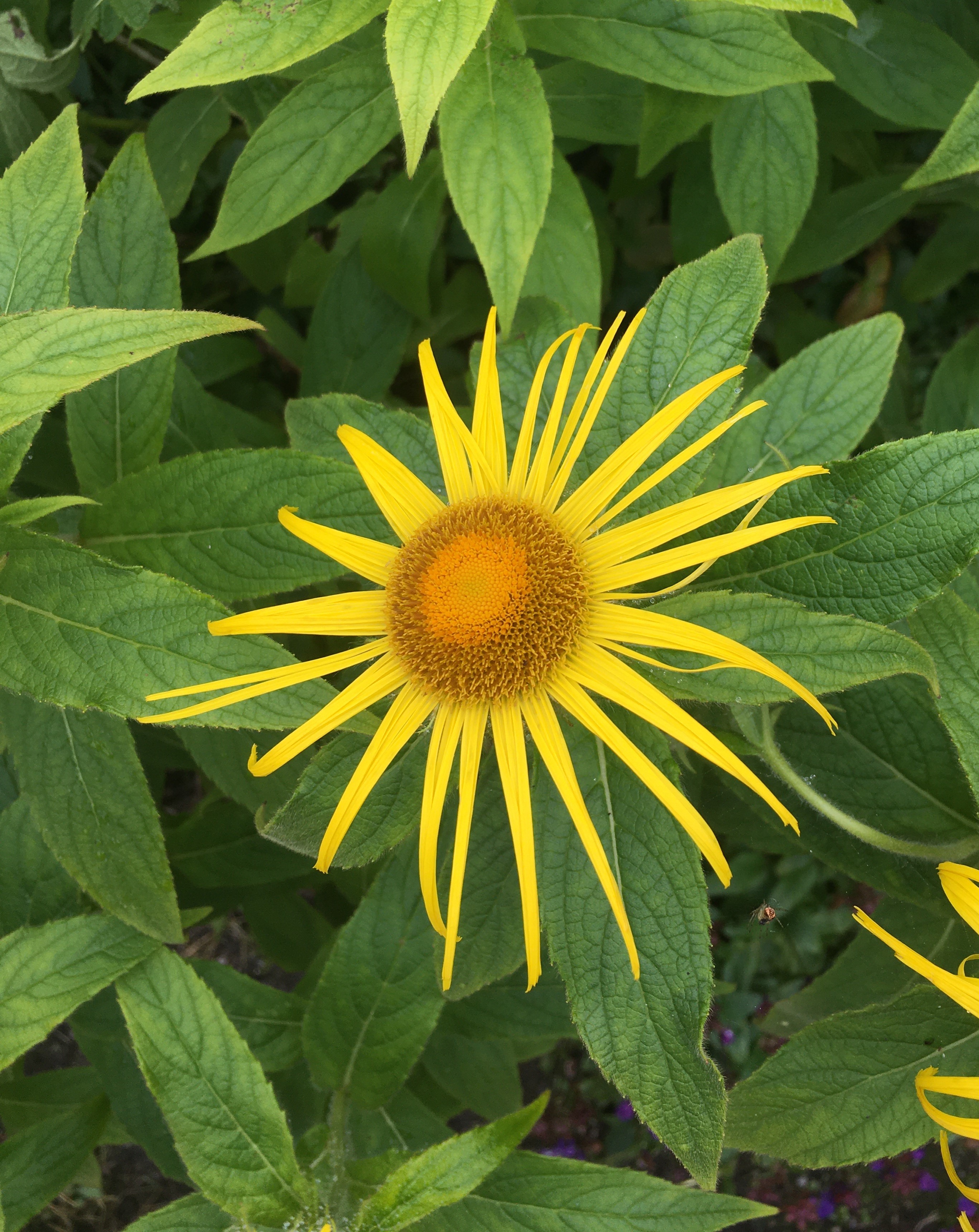 Epicureanism is a way of thinking; a logical progression from the modern atomic theory to our philosophical purpose. It is this foundation that makes Epics so unflappably confident in their conclusions.

The basic idea is that the purpose of life is to be happy and that any person can attain this goal. We call those who are working towards this happy state Epics.

How did Epicureanism start?

Epicurean philosophy was created by a man named Epicurus, who lived over 2000 years ago in Ancient Greece (circa 300BCE). Read more about him here.

He founded a school outside the city walls of Athens — early a rebel! — and famously allowed women and slaves to enter the school as a matter of policy — also scandalous! But Epicureanism was, by design, accessible and available to all humans, young or old, male or female (or other!), of any race and creed.

A brief history of Epicureanism

The people who studied and lived with Epicurus were called Epicureans. The sect flourished for 700 years during Greek and Roman times in communities all over the Mediterranean.

One biographer remarked that the friends of Epicurus were “so many in number that they could hardly be counted by whole cities.” Luminaries such as Julius Caesar and the famous poet Horace were inspired by the philosophy, but more importantly masses of normal, everyday people.

Eventually, during the fall of the Roman empire in the west, Epicureanism became a special target for the growing power of Christianity because its positions were anathema to the Christian doctrines of the afterlife. Epicureanism went defunct as a practiced tradition circa 400CE.

Except for a few sporadic mentions, it wasn’t until the 1600s that the philosophy came out of obscurity. A French Catholic priest published a modified version of Epicureanism, and this began a renaissance in Epicurean philosophy.

Epicureanism was influential during the Enlightenment. It influenced Karl Marx, who wrote his doctoral thesis on Epicurus. And it found its way into the famous phrase “the pursuit of happiness,” authored by Thomas Jefferson in the United States Declaration of Independence.

In modern times movements like minimalism and “YOLO” take cues from Epicureanism. Modern positive psychology is remarkably consistent with what Epicurus taught about the building blocks of a fulfilling life.

A simple outline of Epicureanism

Our work is to take these fundamental premises and test them in today’s modern world, and with all the advances in knowledge that we have made.

We summarize the outline of epicureanism like this, one point following another:

It is powerful to note that the findings of modern science continue to support these ideas. But more importantly, people can – and often say that they did – work these out for themselves, just as Epicurus did two thousand years ago! It’s just common sense.

Receive our short, simple overview of this outline called Epic Start by signing up for our email newsletter right now.

What is the purpose or goal of Epicureanism?

As stated in the outline above, our purpose is to maximize pleasure within our context. The simple premise is easy to grasp but hard to hold. There is nuance in it, especially this critical piece:

Not every pleasure is worth choosing. We may instead avoid certain pleasures when, by doing so, we avoid greater pains. We may also choose to accept pain if, by doing so, it results in greater pleasure… Only upon considering all consequences should we decide. – Epicurus

This calculation — measuring the short- and long-term pleasure and pain that follows any course of action, and choosing that which will maximize pleasure — drives an Epicurean to actively examine their decisions and to practice living according to their nature.

Note that the calculation does not imply either minimalism or throwing caution to the wind: feelings are contextual, therefore what might constitute the correct course of action for one person may not be the same for someone else (or for the same person, at different times and places).

Frugality too has a limit, and the man who disregards it is in like case with him who errs through excess. – Epicurus

Epicureanism is not about simple hedonism. It is not necessarily about “tranquility” or “absence of pain” or anything else you might have read or heard about the philosophy.

Epicureanism places the burden of determining what is correct for you, squarely on your shoulders. You have what it takes!

What are the outcomes of Epicureanism?

As stated in the outline above, there is no one right way to live.

The reason this is true is that the calculation above is based on feelings, and feelings are subjective. Therefore, what might be the right outcome for one person, may not be right for another. Or even the same person in a different context.

So I can’t say “she does x, y and z, therefore she is an Epicurean.” I definitely cannot say “do this and that, and you will be happy.” But Epicureanism tends to result in:

If this sounds good to you, please consider signing up for our email newsletter right now. You will receive a free gift and information and inspiration to continue exploring epicureanism.

How do we know about Epicureanism?

Epicureanism was one of the great schools of philosophy in Ancient Greece. It held a place of honor alongside the Cynics, Skeptics, Stoics (now you understand why we shorten it to Epics!).

Epicurus was famous for how much he wrote during his lifetime. So the school he founded, which was active for 700 years, had a detailed program to draw from when teaching new students.

New students began with an overview of the whole system. Once they had a basic understanding, they moved on to more detailed explanations. And finally, for those who wished to pursue an even deeper understanding, there was On Nature (in 37 books!) by Epicurus.

Unfortunately most of these works have been lost to time. But enough writing has survived, recorded in the works of others like Seneca or Cicero, or written by later followers, to understand the system.

Sources available to us include:

What are the best books on Epicureanism?

The answer to this really depends on what you’re after – Epic Swerve is aimed at providing a straightforward introduction to Epicurean philosophy. With that in mind, we recommend the following:

What are the best quotations related to Epicureanism?

We have been born once and there can be no second birth. For all eternity we shall no longer be. But you, although you are not master of tomorrow, are postponing your happiness. – Epicurus

This is the quotation that kicked off my investigation of epicureanism. These words – two thousand years old! – resonated so deeply with me when I first read them. You are not master of tomorrow.

They perfectly encapsulate the feeling of “carpe diem.” This is the time we are given; there is no other time.

“The whole of being consists of atom and void.” – Epicurus

This quotation has become my mantra. It reminds me of two things: 1) the atoms that make me up are going to disperse at my death and I will no longer exist; and 2) this experience of consciousness that I am having is incredibly wondrous. I say it whenever I am in distress to remind myself that in the end the current context will go away, and to ask myself, is this how I want to spend the time I am given?

“Be not slack to seek wisdom when thou art young, nor weary in the search thereof when thou art grown old. For no age is too early or too late for the health of the soul.” – Epicurus

The point is not to get tired, don’t get discouraged, do not hesitate, do not wait; young or old, get started now.

“That which produces a jubilation unsurpassed is the nature of good, if you apply your mind rightly and then stand firm and do not stroll about, prating meaninglessly about the good.” – Epicurus

I love this quote because it helps me understand his personality a little better – he is funny. But it also shows his focus is on practical improvement in our lives, not on discussion, or winning arguments. And he doesn’t like to argue for the sake of argument.

“Frugality too has a limit, and the man who disregards it is in like case with him who errs through excess.” – Epicurus

This is one of the Vatican Sayings, and is an incredibly important quote to survive the ages because it shows that the ancient Epicureans didn’t subscribe to the notion that the goal was “tranquility” or “absence of pain.” While these might be the correct course of action in certain contexts, they are not the goal itself – the goal is pleasure. Which brings me to:

“Pleasure, we declare, is the beginning and end of the happy life.” – Epicurus

This is as simple as the man could make it. Pleasure is the guide, and no other. Follow your pleasure – but to do so, you must use sober reasoning. You must determine, for yourself, what course of action will contribute to your maximum pleasure. In my view, this requires great courage. It could mean casting off the strictures of a lifetime and the comfortable structures that spring from them.

(In fact I don’t support casting off strictures or structures at first – start simpler and work your way up to more intense reflection when you have a better grasp of the epicurean way of thinking).

It is all contained in this one pithy statement from Epicurus.

There are more great quotations by Epicurus and others here.

Epicurean philosophy is noteworthy because:

What is modern Epicureanism?

So Epicism is something new, something old. It leans on the original philosophy while acknowledging changes in our understanding of the universe. It has a cool modern name, that also gives it a bit of distance from all the baggage that comes with the original.

An Epic is a modern Epicurean; if you prefer to use that term, go ahead, whatever works.

For a free, curated introduction to the philosophy – whatever you call it – and more, start here.