Epicurus was a philosopher who lived in ancient Greece over 2000 years ago (circa 300BCE). His ideas about how to live a good life were based on his understanding of the universe, and the whole system came to be known as Epicureanism (and those who followed it Epicureans). 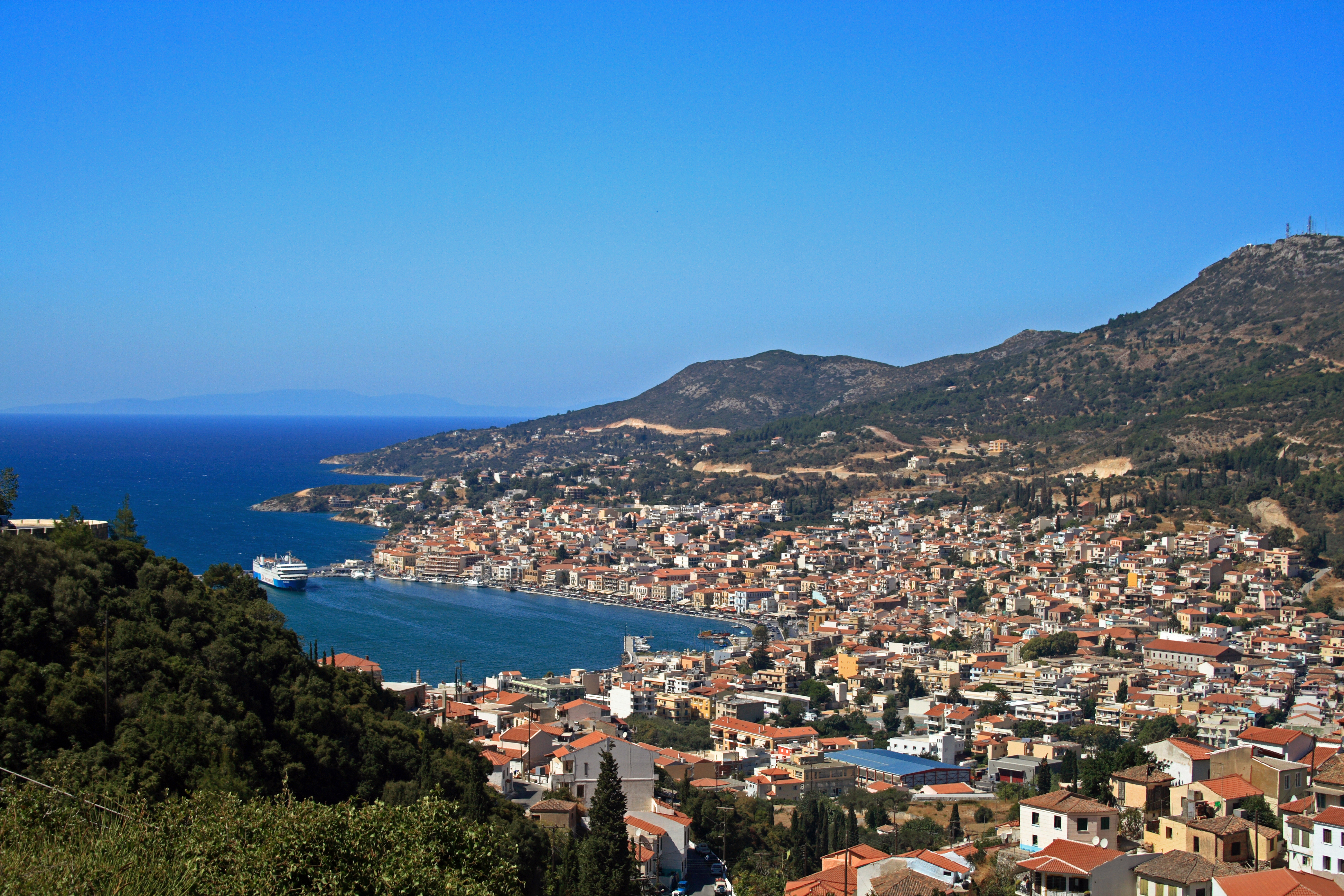 Epicurus was born on the island of Samos in the Mediterranean. His parents were Athenian citizens and his father was a school teacher. He received a typical Greek education rhetoric and mathematics.

Diogenes Laertius relates an interesting story that when Epicurus turned fourteen, he was introduced to philosophy when he became upset that his schoolmasters could not explain to him the meaning of chaos in the poetry of Hesiod.

It is important to mention that the era in which he lived was a time of great disruption. Around the time of his birth Philip of Macedon defeated the Athenians at the Battle of Chaeronea, and Athens joined the League of Corinth.

Some few years later Alexander the Great succeeded his father as basileus of Macedon and began his conquests. These changed the ancient world forever, spreading Greek culture across the world and almost at once centralizing and then decentralizing power across the region.

So compulsory military service in Athens may have been tense. Nevertheless as a citizen he traveled to Athens to provide his service, after which he joined his family in Colophon (in modern day Turkey) where he studied philosophy with a man named Nausiphanes.

Nausiphanes was a student of another philosopher named Democritus, who was the first to describe the universe as made of atoms. This school of thought — which is surprisingly modern, given our current advancements in atomic theory — was the foundation for the system which Epicurus developed.

Epicurus purchased property outside the city walls of Athens and established a school there. Epicurus discussed his ideas with a small group of followers. He wrote prolifically.

Famously he allowed women and slaves to enter the school as a matter of policy, which was scandalous at the time. But the man believed that his philosophy should be accessible and available to all humans, young or old, male or female (or other!), of any race and creed.

He lived in Athens for almost 40 years, and taught his system holisticly. Its internal consistency made it easy to transmit; Epicureanism was a major philosophy inspiring adherents across the Mediterranean for ~700 years.

Epicurus was known to friend and foe alike as a friendly person. Diogenes Laertius writes:

“The preponderance of witnesses speak of the insuperable kindness of our philosopher to everyone, whether it be to his own country who honored him with bronze statues, his friends who are so numerous that they could not be counted in whole cities, or all his acquaintances who were bound to him simply by the appeal of his doctrines. None deserted him … The school itself, while every other school has declined, has continued in perpetuity through an uninterrupted succession of head-philosophers. We may also note his gratitude towards his parents, his generosity to his brothers, and his kindness to his servants (as made plain by his will, and also from the fact that they joined him in his philosophical pursuits, the most eminent of them being the aforementioned Mys), and his universal philanthropy towards all men.”

Epicurus died in great pain but according (again) to Diogenes he remained cheerful to the end:

I have written this letter to you on a happy day to me, which is also the last day of my life. For I have been attacked by a painful inability to urinate, and also dysentery, so violent that nothing can be added to the violence of my sufferings. But the cheerfulness of my mind… counterbalances all these afflictions. – Epicurus

From his writings, only a few of which have survived, and from later works by other writers, we have access to his ideas. For a brief introduction into the philosophy, read What is Epicureanism? A Definition, or start here for a free overview of modern epicureanism.

For a comprehensive biography of Epicurus, we recommend reading Norman DeWitt’s “Epicurus and His Philosophy.” You can read a preview from Google Books on Epic Swerve.